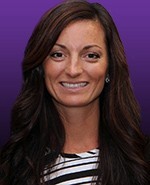 Lyndsey Boswell was hired in 2009 as High Point University’s first head women’s lacrosse coach and has been the architect of the Panthers’ swift rise to a championship-winning league power.

Then came 2017 and 2018, which has been the best two-year stretch to date. The Panthers have gone 33-7 over the two years, have gone undefeated against conference competition on the way to Big South regular season and tournament championships in both seasons.

In 2018, Boswell guided the Panthers to a school-record 17 wins, including a school-record tying 16 consecutive wins. The Purple & White defeated a pair of ACC schools, No. 21 Notre Dame (13-7) and No. 19 Duke (16-12) and earned the program's fourth NCAA Tournament bid. During the season, the Panthers were tabbed as high at 16th in the national rankings, the best mark of any HPU program.

McQuilkin comes to HPU after being a three-year defensive starter for the nationally-ranked Towson squad that faced the Panthers in the 2017 NCAA Tournament. She marked up on opposing team’s key offensive players, served as the Tigers’ team captain for 2017 and was selected to play in the 2017 IWLCA North-South Senior All-Star Game.

McQuilkin served as the defensive coordinator of the Hero’s Tournament Lacross Club 2021 Green squad from 2014-17 and worked as a private lacrosse coach from 2014. 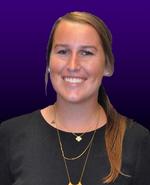 Turner joins the HPU program after being a two-year starter for UMass. She was an IWLCA Third-Team All-American her senior year and was named to the IWLCA All-Northeast Region First Team in 2017 and 2018. In addition, Turner was named to the All-Atlantic 10 First Team three times in her career. In UMass’ record books, she ranks second for career points (280), is seventh for goals (137) and holds the program record for assists (143).

Turner served as a coach for the Monsters club team in her hometown of Pittsford, N.Y., for two years.

Turner graduated from UMass in 2018 with a degree in communications.